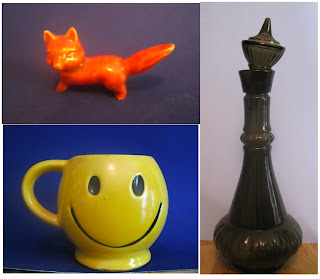 In the first picture I want to tell you about is an actual “Jeannie” bottle that I got when I was eight years old.  There was a very small curio shop in Melbourne Beach, Florida and it cost $8.  Many don’t know that the bottle from the TV series “Jeannie” was actually not created especially as a prop for the show, but they repurposed a collectible Jim Beam whiskey bottle, which later became simply iconic.  I have had mine since my eighth birthday and I recall my grandmother thinking that I “ruined” its value because I scraped off the Jim Beam decals.  Oh well.  Also, I remember growing up so close to Cocoa Beach that once or twice I had asked my mother to drive around neighborhoods to see if I could find Major Nelson’s house.  That was until I was watching “Bewitched” and realized that Samantha and Darrin’s house was also Major Bellow’s house, and Tony’s house was actually NEXT DOOR to the Stephen’s house.  Again, “oh well.”
The second pic I want to talk about is the McCoy Smiley Face mug. When I was really young, my mother bought for me a McCoy Smiley Face bank and it stayed with me all the way through college.  My only wish at this point was that it would have taught me to be better at saving money.  I am not sure how it was lost.  Maybe it was sold off in a garage sale.  But it was such a big “memory” for me that I found a replacement on Ebay and also started collecting these matching mugs.  And they make me smile.  The original “Smiley Face” has been credited to a graphics designer named Harvey Ball who in 1963 was just challenged to help create a button to be worn to help boost worker morale for an insurance company.  He never put a patent on it and for many years it simply belonged to the world at large.  It was perhaps one of the most generous gifts in contemporary history.
The third pic I want to explain is part of a ceramic menagerie that I had collected growing up.  I think I got this one when I was in third grade when we first moved to North Carolina.  There were a few tables set up at the Capitol department store during the Easter holiday and it was laden with enough small ceramic animals to rival the Ark.  Along with a new Christmas ornament every year, it was almost a ritual that I would get a new addition every spring.  My favorite had been a small yellow bird with gray eyes that lasted up until last year when it finally broke.  The only surviving member of my small zoo is this red fox, and it still holds a great deal of nostalgia for me.
Now, WHY exactly am I talking about these small nick-nacks?  Well, to begin with, they represent who I was at certain points in time.  Recently I had been having a disagreement (argument) with a family member and was also witness to a similar disagreement (argument) between two others, and what struck me was that during these stressful discussions (arguments) we all seemed to somehow revert back to seeing each other in a way that had been formed in our minds during some point in our past.  We do not take into account that essentially we are different people each day we walk out of our doors and return at the end of the day.  Every morning we wake up, we are intrinsically different that we had been the day before.  Some small event, some seemingly insignificant occurrence, much less the truly life-altering ones change us in at least incremental ways.  Yet, when we argue (fight) we tend to treat each other as prisoners in some unrecognized emotional stockade that not only prevents our awareness that our loved ones and friends are NOT the same people they were years ago, or really even days ago, but prevents us as being seen for the somewhat wiser persons that we would rather be viewed as ourselves.   I do not wish for family and friends to treat me like I was as an eight year old or even a 32 year old.  In fact, the life changes I have experienced recently make me feel like an entirely different person than I was JUST three short years ago.  And that’s a good thing.  But then, I DO owe that same honor to others in my life.  I will now try and remind myself to take an assessment the next time an encounter becomes emotional.  I will strive to see others as more fully enlightened and developed than I would normally give them credit for.  Even without a reason, I will endeavor to consciously view people in my life with a new perspective.  I want to learn how they are different even on very small levels on a more consistent basis. I will celebrate these changes.  If you ever find yourself wishing that someone would just LISTEN to you and respect your point of view, do yourself the favor of making sure that you see those around you with a fresh new perspective and not just through your memories of who they used to be.
Posted by BRIAN TODD BARNETTE at 6:42 AM No comments:

IT IS WHAT IT IS, and EVERYTHING HAPPENS FOR A REASON.... 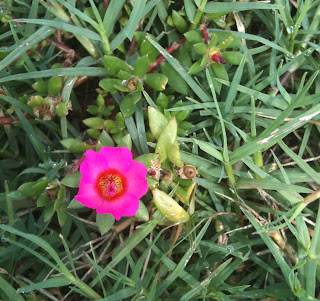 “It is what it is.”
How many of us have heard this time and again?  How many of us have SAID it time and again?  In its most basic translation, it is a very profound statement.  If you think of the NOW in an existential sense, “it is what it is” seems like a great truth.  But I have begun to hear it more and more in off-handed ways that seem to dismiss a person’s own liability regarding their circumstances.  I feel like it has become a statement someone makes when they just give up any responsibility for something that they are unhappy with in their lives.  Lets face it, something only “is what it is” because “we’ve done what we’ve done.”  Einstein is very famously credited as defining insanity as “doing the same thing over and over again, yet expecting a different result.”  Should we wish a different outcome to a recurring problem, or even grander, should we wish a different LIFE, we need to DO THINGS DIFFERENTLY.  I have talked about this before as I am trying to train myself to recognize when I am in maladaptive patterns.  I know that I cannot offer enlightenment to anyone other than myself, but I do think we more easily recognize things in others that we actually do not like in ourselves.  Others are the mirror in which we see ourselves.  So when someone says “well, you know, it is what it is”  I try and ascertain if they are actually saying, “I don’t want to look at what I may have done to actually CAUSE this situation.”  Then I ask myself if there is something that I am trying to change or an event or circumstance in my life that I am hoping will be different.
In the same way, I often hear people say “I believe that everything happens for a reason.”  And its as if this is to excuse any manner of situations that they may or may not like, but more often than not, it comes as a way of trying to explain away why they have suffered some kind of injustice, accident, or negativity in their life.  Things happen for a reason.  Yeah, you crashed your car because you were driving drunk.  Your wife left you because you were emotionally abusive.  You were fired because you never did your best at your job.  Yes, things happen for a reason.  That doesn’t mean to me that God WANTED that particular outcome, but it was the most LIKELY outcome given our participation in the events leading up to it.   It doesn’t propose to be the BEST outcome or the most desired but it is logical. Again, at its core, the existential truth is profound.  But operationally, there is ALWAYS cause and effect.  To make the most of such a truth, we must then activate within ourselves the greatest gift we have.  Free will.  Free will to do something DIFFERENTLY the next time.  CHANGE who we are by refusing to stay the same as we were yesterday.
I do believe we can and should LEARN from every situation.  I bless these universal truths and I am very thankful that SO many people are there to remind me of them on a daily basis.  Whether on a bumper sticker, on a wall hanging, or in casual conversation, these truths jump out at me.  How I process and demonstrate them is up to me.  And I am ready for a change.
Posted by BRIAN TODD BARNETTE at 7:35 AM No comments:

a Valentine's Day poem for you... 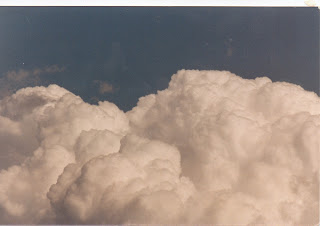 Posted by BRIAN TODD BARNETTE at 6:31 AM No comments: