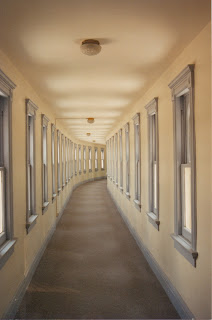 Coming Back to Leave

When I first had my book published, in 2011, it was the realization of a long held dream.  I had always wanted to write, but never felt like it would come to be something that I could actually accomplish.  Due to a total upset in how I thought my life was to play out, I found myself back in North Carolina, and happened upon a group called "Writers in Motion" which sought to foster the creativity of those who WANTED to write.  Belinda Guyton, the leader of this group, was always enthusiastic, always ready to guide us to make the dream come true for ourselves.  (Her first book, "I Shall Live and Not Die" is a personal story about her own life.)  I recalled having created a "vision board" at one time and on it was "I am a published author" and "I am a screenwriter" as well as some other goals/dreams.  After having my book published, I reaffirmed my intention to write a screenplay, and through circumstances, met a film-maker who challenged me to write a script for him to review.  He gave me just a few guidelines and elements that we was working with, and I was free to come up with the crux of the story.  Long story short, he and his team liked what I had written and with a few of his own changes, he actually filmed the story.  As ecstatic as I was to be part of something else that had actually come to fruition, I was blown away by the fact that the short, "Canonize Me" was also selected to be in the Court Métrage (Short Film Showcase) for the 2012 Cannes Film Festival.  To me this was a major accomplishment.  After that, I was challenged again to write another short, and the only parameters given me was that it should be a one-actor piece and be about 10 minutes long.  One of the stories I had begun writing years earlier came back to me, and I challenged myself to condense the emotion of it into these parameters.  The team again liked what I had written and it is now in production.

I am so energized by the past two years in particular that I have formed a production company, "Bits and Peaces Productions, LLC" to further my intention of continuing to write, and to write screenplays, and someday SOON to have my own stories brought to a larger audience.  What I wanted to do with this blog entry is actually share the most recent script I had written for you to read.  I am currently working on a spec script which is a comedy, but after that I will expand this script into a full story.  I welcome any questions and feedback.  Let me know what you think.  And thank you for taking the time to read it.  (note:  the working title has changed a few times, and currently I am referring to this work as "Coming Back To Leave.")

Varying SHOTS of WHAT SEEMS TO BE AN EMPTY HOME as TELEPHONE rings; A LIVING room, a BEDROOM.

Shift focus to notice man in mid 30's drinking coffee at  wooden table in a modest kitchen. He gets up and crosses room to the phone on small telephone-table, he stops and looks at it while it continues to ring.  Then it stops. He pauses then returns to kitchen table and sits back down, toying with a pen as he  stares at a blank note pad on the table.

He looks around and we see more of the kitchen. It is clean, with traditional cabinets and just a few appliances and knick-knacks on the counter. The man sets down the pen, and we hear his thoughts, in a vague, almost matter-of-fact tone.  Not cold, but no real hint at depth of any emotions.

MAN(VO)
I can't believe what I'm doing.  I am going to actually leave you.  It's like I am the last one to really get it.  After such a long time of trying my best, I can't fix this.

He stands up and begins to wander around the house as we continue to hear his thoughts.

Man(VO)
It's strange.To think we lasted as long as we have.  Even our friends said we were mismatched early on.

He touches several objects in the living area as he reflects; a small framed pair of theater tickets, two sea-shells, a plaster of a dog's paw-print.

MAN (VO)
You were the one who wanted to get married someday.  You always said you would convince me.  I thought I may reconsider, but I know I will never get married.  I am convinced it wouldn't last.  Especially now.

He walks into a short hallway.

Man walks into bedroom from hallway.

He walks through bedroom to closet  and opens closet door. He pulls a suitcase from a shelf, takes it back into the room and opens it on the bed.

He returns to the closet.  It is neatly arranged with all men's clothing.  He slowly begins choosing various articles of clothing.  His hands move slowly over the clothes stopping occasionally on some articles; a pair of jeans, a novelty  T-shirt, several colorful ties from a tie hanger.

MAN (VO)
...So different...and yet we wore each others clothes.  What's mine?  What's yours?  Does it matter?  Are these your T-shirts and jeans?  Are these my short sleeved shirts and khakis?  Does that matter?  I could buy a whole new wardrobe and still look the same on the outside.  It's the inside that has changed ...broken.  I can't dress that up.

MAN (VO)
Things I always thougt but never asked... which one of us had the sunnier disposition?  Who makes better jokes?  Now it's different questions.  Which friends will treat me the same?  Who really likes "me" and not just "us?"  Do I even care?

The phone rings again and he stops and listens but still does not move to answer it.

He finishes packing the suitcase with the clothes and wanders into the bathroom.

MAN (VO)
Were the odds against us anyway?  You believed in God and went to church, I never could.  You belived in a lot more than I did.  What does your faith say aobut what I am doing?  Do you still love me?  Do I still love you?  I'm sure I do, but I have to block that out or I couldn't do this.  And I have to.

He has brought one of each item from the bathroom and puts them into the side of the suitcase.

He brings the suitcase into the living area sets it down.  He walks toward to the kitchen he passes a small table and he looks down at a grouping of pictures in various frames.  Our vantage point is from behind the frames as he looks down, slowing as he passes.

Entering the kitchen he glances at the silent phone.  He then moves to the table and picks up the coffee cup from which he had been drinking, washes it in the sink, dries it and sets it onto a small shelf with only one other coffee cup on it.  The two cups are different in color and design.

MAN (VO)
No, it wouldn't be easier to hate you.

Close up of man adjusting the two coffee cups, moving them closer together with handles facing the same direction.

MAN (VO)
I'd never be able to do this unless I loved you.  Completely.

Now his cell phone rings as we see it on the small table in the kitchen.  He picks it up and looks at the caller ID.  We see the name "Patti."  He answers it.  We only hear his portion of the conversation as he moves back into the living area.

He moves to a box that is on a table and pulls out an urn.  We see that it is a simple funerary urn that would hold ashes of cremains, and a label on the box reads "Martin Funeral Home."

MAN (VO)
No, I coldn't leave you unless I loved you.  I'd want you with me always.  Even like this.  There was just no time to change our minds.

He sets the urn down with his back to the camera.

Man return to phone conversation as scene begins to WHITE OUT.

MAN
I will see you when I get to Chicago.  I can finish things here any time.  (Pause)  I just can't believe I'm doing this.

Posted by BRIAN TODD BARNETTE at 1:04 PM No comments: 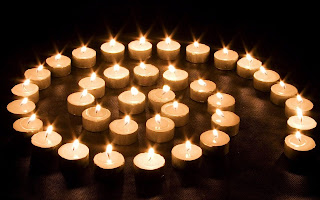 For me, being "spiritual" is a quest to reconcile within my self, the awesome unimaginable, and UNDEFINABLE totality of ALL that is, both physical and trans-physical, making from this experience a personal relationship with this Power. "Religion" is a fractured, egotistical, maybe sincere but definitely flawed and limited way in which we try to "share" our viewpoint with others. God help me to increase my SPIRIT and let go of my RELIGION.

Posted by BRIAN TODD BARNETTE at 6:26 AM No comments: