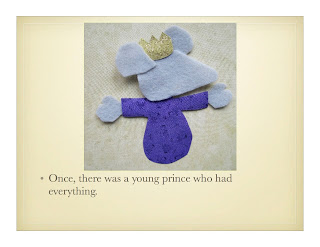 This post is a children's story I wrote inspired by some of the conversations I have had with my nieces.  I am hopeful to have it published.  (ANYONE who has contacts with literary agents, children's book publishers, graphics artists and illustrators, PLEASE feel free to share!)  And as always, I appreciate your feedback!  The artwork included is something I put together for creative inspiration.

Once there was a young prince who had everything.  Whenever he wanted or needed anything, anything at all, there was a team around him who would rush to happily assist him.  All he had to do was ask, and the team of helpers would figure out a way to make it happen.  The Prince was a nice guy, so his team never minded helping him. For the Prince, it was a great way to live.

A very special birthday was coming up for the Prince and he was thinking about what he wanted.   He knew he wanted something REALLY special.  He wanted something that he would think was THE BEST GIFT in the world.  What could that be?

To find out, the Prince sent out a request to his team.

“Find me the BEST GIFT!  The BEST GIFT in the world!” The Prince had called a meeting and issued a proclamation.

The Prince’s team was excited.  Whoever helped to find the BEST GIFT was sure to win favor with the Prince.  That would probably mean a promotion!  The castle began to buzz with activity and planning.  Experts were sought to find out what was considered THE BEST that the kingdom had to offer.  And they would present the gifts to the Prince at the start of a week of festivities to celebrate the Prince’s birthday.

As the birthday week approached, the Prince became really excited!  How great would this week be?  Surely his team knew him and knew what he would enjoy, and if asked for THE BEST GIFT in the world, they would find it!

The whole kingdom was filled with anticipation.  They loved the Prince and were happy to help him celebrate.  It meant a lot of work, but they took pride in it.  And if the Prince was happy, that made them feel good too.  The day that the celebration was to start, all the loyal subjects had cleaned the castle extra well and had put up extra special decorations.  The whole crowd was ready!

The first to showcase the gifts were artists.  They brought paintings and collages.  They brought mobiles and sculptures.  The whole castle was filled with art of all kinds.  It was all so spectacular!  The Prince thought this was a great start!  He had never been so impressed before by such wonderful art! 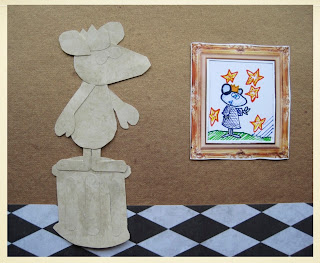 The next to give their gifts were florists and landscapers.  They had created such amazing bouquets of flowers, and even landscaped the castle grounds with topiaries and gardens bursting with color!  It was all so spectacular!  Such pride and care had been taken to please the Prince.  And the Prince was very pleased!  So far so good! 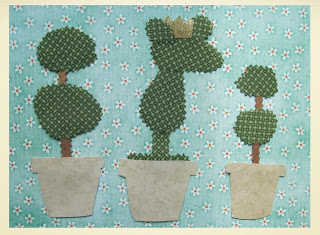 Then came the musicians. All manner of ensembles from trios to orchestras, choral groups and choirs, singers and players of every kind of instrument you could imagine!  To make it even better was that there were dancers performing to all of the great music.  It was all so spectacular!  No matter where he turned, the Prince was surrounded by musicians, singers and dancers all celebrating!  He felt even more excitement than he could have imagined.

Just when the Prince didn’t think the celebration could get any better, the chefs and cooks of the kingdom brought in every type of appetizing treat he could dream of.  Platters of the finest cheeses, breads and fruits with cream and honey, pastries, cakes and pies, cookies and more and more!  It was all so spectacular!  So many treats, many iced and decorated and all of it so delicious!  The Prince felt like he could fly!  So far, this was the best celebration ever!

The Prince’s team was also very happy.  They just knew that one of these gifts would be considered the BEST GIFT and the Prince would lavish them with praise.  It was a job well done.  They decided to ask him what he thought was the BEST GIFT?

So the team went to the Prince’s Royal Assistant.

“Has the Prince decided yet what he thinks is the BEST GIFT ever?”  They could hardly wait to find out.  So the Royal Assistant went to the Prince.

The Prince was deep in thought.  The kingdom had indeed pulled out all the stops and brought together so many unbelievably talented artists, and performers and professionals to help him celebrate and find the BEST GIFT in the world.  But he couldn’t decide.  How could he possibly choose just one of these gifts?  What was he to do?  He made a decision.

“I need help.”  He declared to his team.  “For the rest of the week, we will invite all of the Royal subjects of the kingdom to come and look at the art, walk through the gardens, listen to all the musicians and watch the performers and finally taste all of the wonderful treats.  Then they will all vote, and I will truly have found the BEST GIFT in the world.  I will make a formal declaration and reward the winner!”  The Prince was happy to have help in making such a difficult decision.

“So be it!”  The Prince’s Royal Assistant then invited all of the subjects of the kingdom to come to the castle and see the art.  They walked through the gardens and enjoyed the grounds.  The musicians played beautiful music and the singers sang such beautiful songs.  The dancers and performers put on such a wonderful show.  Then the whole kingdom sat together to enjoy the most delicious treats that they had ever eaten.  They had all come together to help celebrate with their beloved Prince and they had never had so much fun.

When the week was coming to a close, the Prince’s Royal Assistant asked each member of the kingdom what they thought had been the BEST GIFT.  But none of the members of the kingdom could decide.  If one chose the flowers, then another chose the music.  If one liked the treats the best, then another liked the art.  There were so many great choices.  The Royal Assistant was getting a little worried.  The Prince would still have to make up his mind all on his own!

Just as the last of the royal subjects was giving their opinion, a small girl from the kingdom asked to speak with the Prince.  She had one more thing to give to him.  The Royal Assistant was happy to have another moment to delay telling the Prince that no clear winner had been declared.  He took the little girl into the main hall and presented her to the Prince.

The little girl walked up to the Prince, and she curtsied her best curtsy.  “Yes, my little lady, what did you have for me?” The Prince smiled at her.

The little girl threw her arms around the Prince in a big hug and simply said “Thank you.”

The Prince was astounded.  “Why are you thanking me?” he asked.

“Simple.  You shared all of your wonderful gifts with us.  This was the best party I have ever been to.”  The little girl had actually never been to a party before, but that didn’t matter.  It had been the best party.  The entire kingdom had come together and enjoyed spending time with their beloved Prince and with each other.  They had all happily tried to find the BEST GIFT for the Prince.  And the Prince had happily decided to share all of the great gifts with his kingdom and he had valued their input.

The Prince was so happy he thought he would cry.  He decided right then and there what the BEST GIFT was.  He learned that sometimes, the BEST GIFT in the world was the one you GIVE.

For the Prince, it was a great way to live.

Notes on GIVING;
No one is saying that it isn’t nice to receive.  Everyone loves to get gifts!  And they should.  It means that people are thinking about you, they like you and they want you to be happy.  That’s a great thing.  When people do give you gifts, receive them with a happy heart, be grateful, and say “THANK YOU.”  It will make the person who gives the gift feel joy as well.  That is important too.  It feels good to give, especially when we give to those that we love.  The happiness goes both ways.  It feels good to see other people happy when they know we care about them.  It is important to be a joyful giver of gifts and a gracious receiver of gifts.   Next time you feel a little down and need to feel good, consider doing something nice for someone.  Give them the gift of your love and attention.  You get the gift of feeling good too!  That’s a great way to live!
Posted by BRIAN TODD BARNETTE at 5:26 AM No comments: