on the passing of Robin Williams 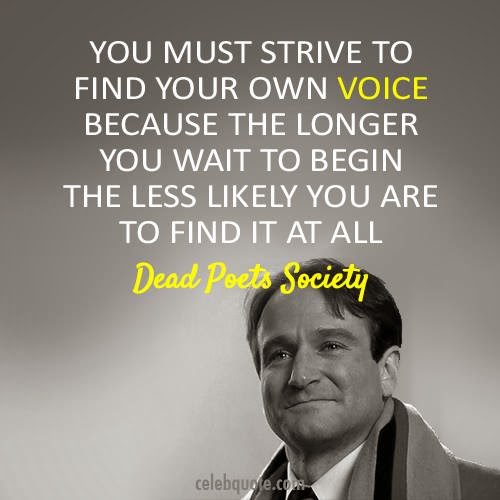 If you have never personally been challenged with major depression, or had someone you love battle such demons, the taking of one’s own life may seem beyond your understanding.  Suicide as a plot point is portrayed often enough in pop culture, but the real desperation felt by those who actually attempt such a painful exercise cannot be easily shared in a conversation.

In my own life, there were times, especially as a teenager, when I would pray fervently, over and over, that I could just go to sleep and not wake up.  I really think the only reason I did not attempt taking my own life in my early years, was because I knew the pain such an act would cause my parents.  Yet, I would pray to God to please, please, please, just take me in my sleep.  I didn’t want to kill myself, I just didn’t want to live anymore.

Later in life, although I didn’t say those prayers as much, nor as often, I still had long periods of self destructive behavior. Drugs, drinking, inappropriate social activity, and you name it.  It wasn’t until my life was literally on a precipice that I somehow met my true self for the first time and although I have no desire to debate religious beliefs, I felt that if I was not dead, then there was a purpose that I was supposed to fulfill.  In the past few years, I have learned more about myself, become more authentic, opened up to the drive and talent that I feel are genuine, and with the help of more than one doctor and concerned friend, and my parents, I really am grateful for my life.

I never met Robin Williams personally, but those I know who either worked with him, or spent time with him, all remark on the generous nature of his spirit.  It wasn’t just the manic energy and boundless talent he displayed, they all say he was a really NICE person.  He was singularly gifted in a way that no other performer has been, nor probably ever will be.  How can someone like that, someone who could go almost ANYWHERE in the world and walk into ANY ROOM, and cognitively KNOW that everyone in that room LOVED you, allow such a gut wrenching pain to not allow that love to heal you?  If someone like Robin Williams can be taken in by depression, self doubt, and anxiety, then what hope do the rest of us have?  I can only guess as to what really drove him to his final act, but the reports about his depression have come from his inner circle.  I am a normally sensitive and emotional person, but it surprised even me when I kept choking up at the thought of the torment that drove Robin Williams to end his life.  I feel for his children, his family, and the friends he surely had.  And I feel for us.  I know he was beloved, respected, admired, and adored.  But he also showed us that the sadness and pain that sometimes fuels our greatest artists to touch us so deeply, cannot easily be shared.  Grateful for the laughter, and heartbroken by the tears.

Posted by BRIAN TODD BARNETTE at 3:43 PM No comments: